Enhancement of Intestinal Immune Function in Mice by b-D-Glucan from Aureobasidium Pullulans ADK-34 A.

b-Glucans, glucose polymers that are the main constituents of the outer cell walls of micro-organisms such as fungi and yeast, are known to play an immunostimulatory role. We prepared b-glucan (b-(1-3),(1-6)-D-glucan) from an edible cultured fungus through fermentation techniques using a strain of Aureobasidium pullulans ADK-34. The purity of this b-glucan preparation (AP-FBG) was demonstrated to be high through various instrumental analyses. We then examined the effects of AP-FBG on intestinal immune systems. We prepared Peyer’s patch (PP) cells and measured interleukin (IL)-5, IL-6, and IgA production in culture media with APFBG. We found that both cytokines and IgA increased; furthermore, IL-6 secreted by PP dendritic cells (PPDCs) cultured in the presence of AP-FBG significantly increased. We tested IgA production after oral administration of AP-FBG for 2 weeks and found that AP-FBG tended to promote the production of IgA in the small intestine. Interestingly, we observed a significant increase in IgA production in the small intestines of mice treated with cyclophosphamide (CY; an immunosuppressant) after oral administration of AP-FBG diet compared with CY-treated and control diet mice. Production of IL-6 and IgA by PP cells and IL-6 production by PPDCs in AP-FBG-fed and CY-treated mice also increased. These results demonstrate that AP-FBG has the ability to activate PPDC and induce IL-6 production and IgA secretion in PP cells. These abilities were more clearly expressed when AP-FBG was orally administered in a CY-induced immunosuppressed condition. Therefore, AP-FBG may be a useful ingredient for preparing functional foods with immunomodulatory activities. Introduction b-Glucans are glucose polymers that are primarily used to construct the outer cell walls of plants and micro-organisms, such as fungi, mushrooms and yeast. Recent reports have also shown that various b-glucans from food sources, including mushrooms, yeast and cereals, play a significant role in enhancing immunological response, possess antitumour and immunomodulating properties, reduce allergic reactions and prevent infectious diseases [1, 2]. Certain strains of Aureobasidium pullulans, a black yeastlike fungus, produce various polysaccharides, including b-glucan, pullulan and a glucan having an acid residue [3–5]. This b-glucan (b-(1,3), (1,6)-D-glucan) consists of a b-(1?3)-linked backbone with b-(1?6)-linked side chains of varying lengths and distributions; it has a similar structure to b-glucans obtained from mushroom fruiting bodies. These b-glucans are also well known to have several health benefits [6]. There have been several studies on the efficacy of b-glucan from A. pullulans demonstrating, for example antitumour effects [7], promotion of DNA synthesis by human peripheral blood mononuclear cells (PBMCs) [8], prevention of food allergies [9] and activation of antibody-dependent cell-mediated cytotoxicity (ADCC) mediated by natural killer (NK) cells, monocytes and neutrophils [10]. Lately, some new benefits have been reported, for example reduction in restraint stress [11], anti-osteoporotic effects [12], and reduction in acute xylene-induced inflammation [13]. We have succeeded in isolating a strain, ADK-34 (FERM BP-8391), that produces considerable quantities of b-(1,3), (1,6)-D-glucan with high solubility compared with previously reported b-glucans, and is being industrially manufactured at present [14]. We have termed this b-glucan AP-FBG in this study. We previously reported that AP-FBG is a biological response modifier (BRM); for example, when injected i.p., AP-FBG was able to accumulate leucocytes and neutrophils and promote production of the Th1-type cytokines TNF-a, IL-12 and IFNc from peritoneal exudate cells (PEC) [14, 15]. 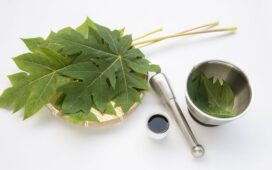 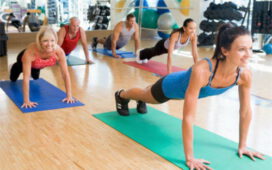 A 4 week Randomized, Double-blind Human Trial to Compare the Efficacy and Safety of Aureobasidium pullulans Cultured Solution and Placebo on Improvement of Immune in Subject

Ingestion of Exopolymers from Aureobasidium pullulans Reduces the Duration of Cold and Flu Symptoms: A Randomized, Placebo-Controlled Intervention Study